Yoga has obviously become very popular, which is great, but I am a sceptic when it comes to pretty much anything being mangled by mainstream media, and thus being stripped of all its deeper meaning, and being turned into a fad. So when I first saw Yoga Girl enclosed in a (Swedish) women’s magazine, I assumed the book had to be one of those trendy lifestyle books with pretty pictures and pseudo-insightfulness, probably penned by some IT-girl (or really: a ghost-writer).

In other words: exactly the kind of book I would never spend any money on but that I would definitely check out at the library. A guilty pleasure, just like the magazine it came with, which I would never buy, either – but definitely read at the hairdresser or a doctor’s waiting room.

Gosh, I am grateful for the Swedish public libraries – and my good sense to give in to this particular guilty pleasure. (Note to self: stop judging. Accept your guilty pleasures as pleasures, no need for guilt.) I ended up reading Rachel Brathen’s story in one sitting, even staying up past my bedtime (which is something I never do, I get really crabby when my sleeping pattern gets messed up).

In hindsight it feels like I shouldn’t be surprised at all by how much I loved the book, despite the fact that it is so popular. Some things really are popular because they are great! There is something so true about some things that they strike a chord with a lot of people. Yoga Girls is one of those completely justifiedly popular things.

Yeah, there are the pretty pictures of the gorgeaous Rachel Brathen on the stunning beach, radiating health, joy, strength, the whole package. And tons of stylish boho outfits, that sent me right off into that consumer frenzy, where I felt like I couldn’t possibly feel good about my own yoga practice (leggings with holes in places that make them impossible to wear in public much?) anymore unless I treated myself to at least one new outfit.

But I get it: the visual appeal of pretty much any product is more important than ever. Who wants to read blurbs, right?! Also, the concern with appearances does not necessarily have to be an exclusively consumerist thing. No, appearances and material wealth obviously don’t make us truly whole and happy. However, I do believe that once you’ve embraced the concept that you already have everything you need within you to experience joy and contentment, this will affect everything around you (externally). Brathen’s story is one big, fat affirmation of this belief.

I can’t count the times I thought I really wanted something – but it would only happen once I’d „gotten over it“. I can still appreciate those things, but my happiness doesn’t seem dependent on them anymore.

Brathen’s biography thus far is obviously the suff great stories are made from, with her transformation from a severley self-destructive adolescence to enlightenment, healing, and, yes, wealth and a life on a dream of an island. It is maybe not so strange that someone – Brathen – who clearly has the ability (the courage?) to go all in for something, can do so in either direction. Being a rather careful person myself, the effects of my life choices are naturally less extreme. But even I can confirm that Brathen is right (at least about me) when she writes that we all carry this wish inside of us to be wild and live adventurous.

I have had a feeling for the past few years as if I had this parachute inside of me, but that I am afraid to pull on the rope that would open it. Afraid to know my actual size, my actual greatness. Brathen’s story is encouraging, and makes me dream of all the things that might come if I allowed them into my life. There are never enough of those kind of stories. 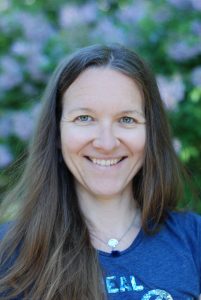